FREE LOCAL SHIPPING FOR ALL RETAIL ORDERS ABOVE SGD80!

The Origins of Wedding Invitations 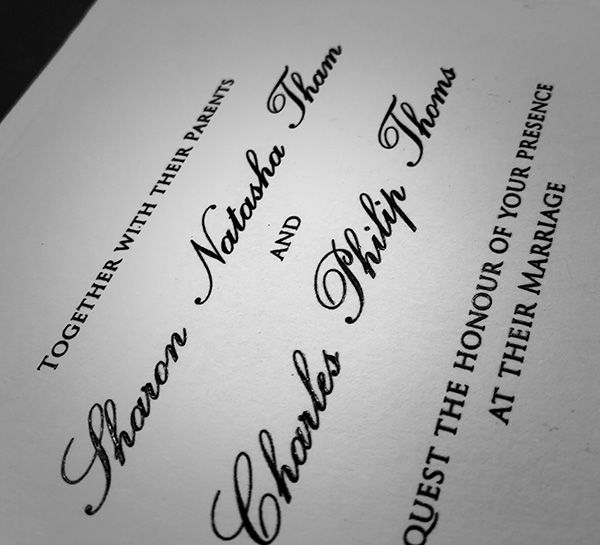 Ever wondered about the origin story of wedding invitations and why some people place such importance to it? After 10 years in the wedding stationery industry, we are still wondering too and today, we decided to do some desktop research and came up with the below:

Prior to the 1400s, wedding invitations came through the form of a town crier. Town criers were officers of the royal court, who had the lovely task of broadcasting the news of the day. They walked through the streets of the town, announcing in a loud voice the joyful news of a wedding. Who was invited? Anyone nearby who heard the town crier, of course. (Everyone was invited, except the families that have bad blood with the couple's families).

There was a need for a town crier in general, as printing presses had not been invented yet (hence no newspaper). However, the main reason was because much of the population back then was illiterate. They could not read invitations even if they had received one, which they would have not, because written invitations were specially reserved for royalty and the aristocracy.

Yes, the wealthy and educated nobles sent written wedding invitations to other wealthy and educated nobles. It should be noted that these wedding invitations were all handwritten. Monks, who were famed for their beautiful handwriting, were commissioned by royal or noble families to write the wedding invitations in calligraphy. In addition to the invitation, wax seals were a popular element to complete the stationery suite. The wax seals had the royal or noble family crest, and besides representing their status, they had the secondary function of allowing the blind to figure out which is the family who had sent the invitation.

Fast forward to today, there are many characteristics of written wedding invitations from back then that are still popular with brides and grooms today. Some of the things that have stood the test of time are the monogram (a modern play on the crest) as well as calligraphy, but instead of being done by monks, today they’re done by professional calligraphers. But wow, aren’t we glad that town criers don’t exist anymore? Just imagine that, an uncle  just strolling down your neighbourhood with a megaphone, announcing your wedding.

For all your luxury wedding stationery needs, check out our http://www.papypress.com/wedding or email us at hello@papypress.com!

to get the latest news, announcements, special offers and event information